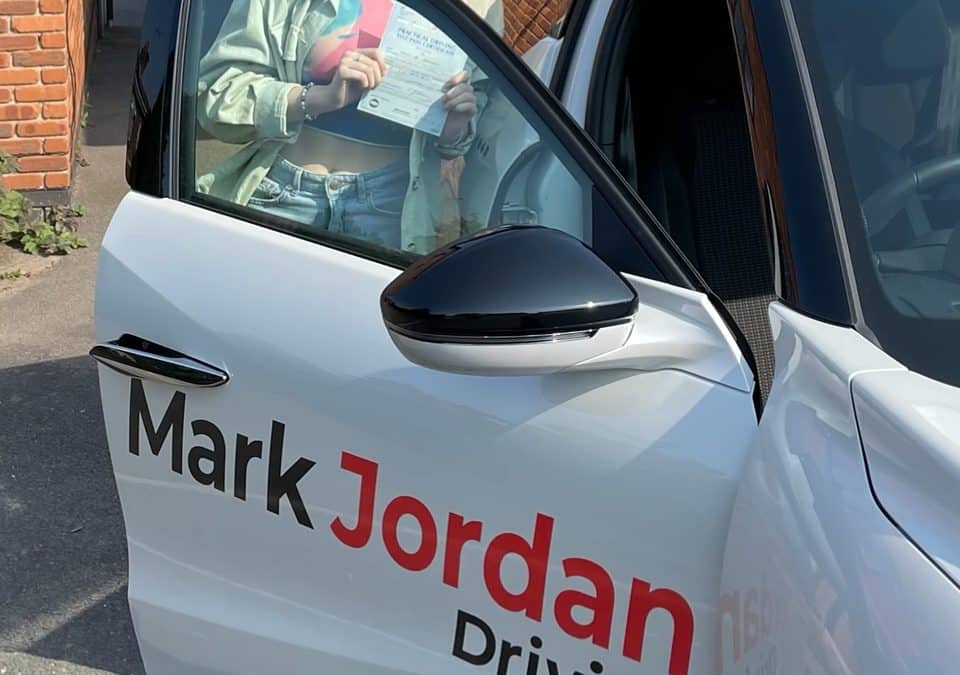 For me personally, I waited a while to begin learning compared to my friends as I wanted to feel completely ready. So when choosing an instructor I really wanted someone who would let me take driving at my own pace.

For me Mark 100% did this for me as once the basics had been covered the feedback at the end of every lesson was very self reflective. I was able to see my own strengths and weaknesses, then let Mark do the teaching to fix these issues.

When choosing the school I also wanted someone I was able to talk to and bounce off of as when you’re spending 2 hours every week with them the last thing you want is to be bored. Me and Mark had a great balance of talking and teaching and he knew when to be quiet and when we could have a good gossip.

The experience I had was very different to what I expected as I thought I would really struggle but in-fact I had the complete opposite. I made mistakes along the way but they were solved within a lesson or 2 and each felt like a kind of stepping stone towards the next skill to learn.

As previously mentioned my instructor was Mark Jordan and when I first heard I had the boss I thought he’d be really strict but I genuinely couldn’t have had a better experience with him and his way of teaching really suited my stubborn attitudes sometimes.

His methods were on a weekly basis of building the basic skills up first and then putting them together slowly to then become a route. These routes gradually built in difficulty but any areas which you particularly struggled in you could easily just ask and Mark would spend the appropriate time addressing the issue and before you know it it wouldn’t be an issue anymore.

There were also a couple of lessons which I would highlight as SO SO important, First we had a distraction lesson which prepares you for when you do pass and the distraction you may encounter like loud music for example and it taught me how to cope with this and the potential dangers of this. And also a lesson performing a drive thru which is not only a bonus for the food/drink it also prepares you for an aspect of driving we all do but not all instructors cover.

I would recommend Mark Jordan driving a thousand times over, they are just what you need when first learning to drive. You’ll never feel anxious or unsafe and you’ll get the best teaching to get you to that pass. I passed this week first time and I can’t thank Mark enough for making this possible.